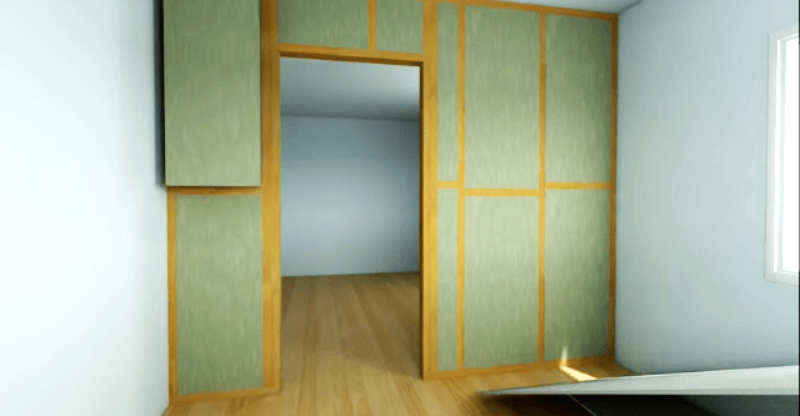 If you can’t afford to live with the layout of your house, a temporary wall might just be the solution you needed. Walls are always a design factor that is ignored. We want to concentrate on the colours that can be painted or on the shelves that can be placed on them. Yet we think less frequently of the wall itself and of the space it makes.

It wasn’t an unusual practice for renters to add temporary walls to their living areas, particularly in urban rental apartments. A temporary wall is most commonly used to “split” one bedroom into two smaller bedrooms, however, a temporary wall also has several other potential applications.

Even so, building a full-length wall in an apartment is ill-advised and could well be in breach of your agreement. To go around it, you may build a temporary wall, one which is fairly easy to build and it can act as a temporary dividing wall in your smaller room.

For decades, tenants have relied on temporary walls to “make things work” in less-than-ideal conditions, splitting off living rooms to build separate bedrooms.

Homeowners, too, will benefit from temporary walls: building one helps you to determine if a proposed change is worth pursuing. And since a temporary wall doesn’t tie into a frame, it’s easy to remove, with a minimal of mess.

A temporary wall has quite a fair share of the advantages, but there are so many incentives that you’ll be interested in having one. Even so, the thought could trouble you if you could somehow plan and manage this project on your own. Well, it all depends upon the extent of your carpentry skills; the whole project also depends on the available supplies and equipment. If you have what it takes to build a temporary wall, you’re going to be able to do it without a few hassle and cost. If this wasn’t the case, it would be best if you hired an expert.

What Is A Temporary Wall?

A temporary wall falls under the general category of non-carrying walls. It holds, or carries, no weight of every load from above; it bears only its own load.

A temporary wall is very much like the inner wall with the following changes:

Factors To Be Considered

You have to be ready by now to create a new temporary wall within your house. Before you start, there are a few considerations to keep in mind.

First of all, it is important that you may have cross-checked your lease agreement and if there are any contractual obligations for temporary walls in your rental. Even if the rental contract permits, you may still need to seek specific approval from your property manager or landlord for the same. Please ensure that you need to set down in writing all the formalities that you are undertaking; it may be a document or an email), just so there is concrete evidence. The one thing you can prevent is the installation of a temporary wall that has never been approved.

Please notice that it could lead to lease terminations or no access to your deposits if you violate the contract terms, conditions and provisions.

Due to its weight, a temporary wall can only be constructed on a stable foundation. Ceiling or steel beams can not be adequate to support the weight of the temporary wall, depending on the scale of the wall. A concrete block base can support a temporary wall properly.

Decide On What You Need

When you consider the idea of constructing a temporary wall in your house, you will also need to make a decision not only about the layout of the wall but also about other components. For example, if your temporary wall is used to build an additional bedroom, you can need to calculate in space for a separate door/entrance.

What about the construction of a multi-purpose wall? Some temporary walls can be installed with shelving so that you really can enjoy extra storage space to build a separate room for your rentals. Take a bit of time to decide how lavish you have to get with your wall design before you move on.

Measure the gap first from floor to the ceiling with a measuring tape. You will also need to buy 2-by-4 wooden boards roughly 2 inches shorter than your measurement.

Drill a 2-by-4 plank into your ceiling horizontally with the wood screw that will act as the top part of your wall. It’s known as top tile. You’re most likely to need to have a person to help. Keep your partner on the ceiling when you’re drilling. The plank must be in the ceiling exactly below the floor, so you’re not simply boring into drywall. Be using a stud finder to help you identify joists if you wouldn’t know where they will be.

Place a 2-by-4 plank on the ceiling vertically below the top plate. The plank must fit nicely between both the floor and the roof if you did take the measurements properly. Use a circular saw to shorten any planks as needed.

Secure the vertical plank to both the top plate by positioning the wooden screw in an angle near the top of the upper board. This procedure is referred to as nailing the toe.

Follow steps 3 and 4 and place the vertical planks, know as studs, every 2 feet till the framework of your temporary wall is completed.

Drill bits of corkboard on either side of your temporary wall frame. Corkboard is a very lightweight material which is simple to change, making it suitable for a temporary wall. You can use drywall, even though it’s more permanent.

Add trim or shaping to the top or bottom of your temporary wall as well as paint it to fit your home.

If you have a thick carpet in your apartment, use the floor portion. The floor section is just like the top plate, only it’s on the floor and it’s not bolted to the ground. If you’re using a floor plate, you would have to cut an extra 2 inches off the vertical planks.

Don’t ever install electrical systems on a temporary wall. This is risky, particularly if you’re not an electrician, and that could eventually lead to a fire.

When you have flatmates, building a temporary wall will give you and others more privacy. For example, you might add a temporary wall between such a shared bathroom shower and a sink/vanity, that would allow one individual to shower private whereas another person would be using the rest of the bathroom to get ready.

In certain situations, a temporary wall may also add an additional bedroom to your living area. This can be achieved by splitting a portion of the current common area or even splitting a large bedroom into two smaller bedrooms. The end result is that more people are able to live comfortably within the apartments and get their own rooms. So when you realize rising rental rates in major city markets, the opportunity to build your own two-bedroom apartment with a one-bedroom rental should save you (or your housemates) a huge amount of money.

Whenever it comes to building a temporary wall to your current living room, you could either create a wall yourselves or pay a professional to help.

Building The wall By yourself

This choice is only suggested if you have any experience of working with carpentry and power tools. This approach is also great if you’re only attempting to build a wall and does not need additional equipment, like doors or shelving. It’s also critical, again, that you can get written approval from your homeowner before you complete this project as it requires some drilling into joists.

You will need the following essential tools and equipment to construct your own wall:

If you’re not happy with the concept of constructing your own wall, think about hiring a specialist to do a job for you. There are a variety of temporary wall construction companies that, once your lease is up, can not only create a temporary wall for you but also dismantle it completely for free. Special requests, such as adding windows, doors, and even soundproofing as required, may also be accommodated by these companies.

Most companies also provide temporary wall solutions which can be built without nails or screws, which could be easier to get the landlord on board. They are known as non-pressurized wall and usually do not stretch entirely from floor to the ceiling, but it can still be useful in splitting space for an added bedroom or other reason. 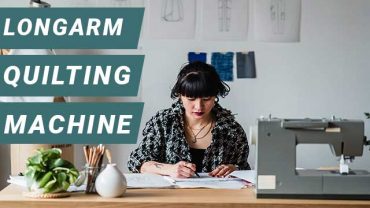